The walls talk with… graphic designer and where to find him

Among the many species that inhabit the wild fields of the corporate world, one in particular stands out as most susceptible – the graphic designer. Commonly referred to as ‘the logo guy/gal’, ‘the designer’ or ‘the sketching guy from the marketing department’, this highly creative specimen requires near perfect environment for its work to bear fruit.

The first thing you need to know about graphic designers is that they’re quite timid. Any uncaused act of aggression, irritation or urging against them would most likely result in extended deadlines or a sudden drop in their product’s quality. If such behavior continues the designer might even use one of his nature-given defense mechanisms, the most dangerous of which are ‘sarcasm’, ‘price raising’ and ‘letting you do it since you obviously know better. He is known to react with such actions towards lines like: ‘I’m not sure what I want, I’ll know it when I see it.’; ‘There’s something wrong with it, but I’m not sure what it is…’; ‘Here, I’ve drawn a rough sketch of what I want!’; Çan we do it like this thing I saw online?’. So approach with caution. In crisis, throw coffee at them. Like, at least three cups of it.

Coffee is life, life is coffee

The designer is a smiling, friendly person with a strong need of self-proving. It’s vital to remember that you must give assessment and feedback not only on the marketing value but also on the creative aspect of his work. In most cases, the graphic designer aims to create both useful and aesthetically pleasing products. So spare no compliments, provided they’re well deserved.

A bit of applause never hurt anyone

The corporate jungle is rarely a hospitable environment for the designer. The reason is not fear, but need for solitude. Sounds and noises emanating from anywhere but the headphones in his ears can often cause irritation. He prefers direct and comprehensive form of communication. When a member of another species wants to get his attention, the easiest way to do so is sharing of inspiring and clever materials from the internet that designers neatly collect. Or forget to when overtaken by their many tasks. Their minds are not the most concentrated ones. When two or more graphic designers gather in one place we observe the extremely curious phenomenon of “hive mind”. Their hectic, filled with tech terms talk may seem confusing to others, but is the most active form of communication they’ll get in the next couple of weeks. The trained eye can even see small hints of jealousy when one of them shows his work of others. At least until they start exchanging Photoshop brushes again. 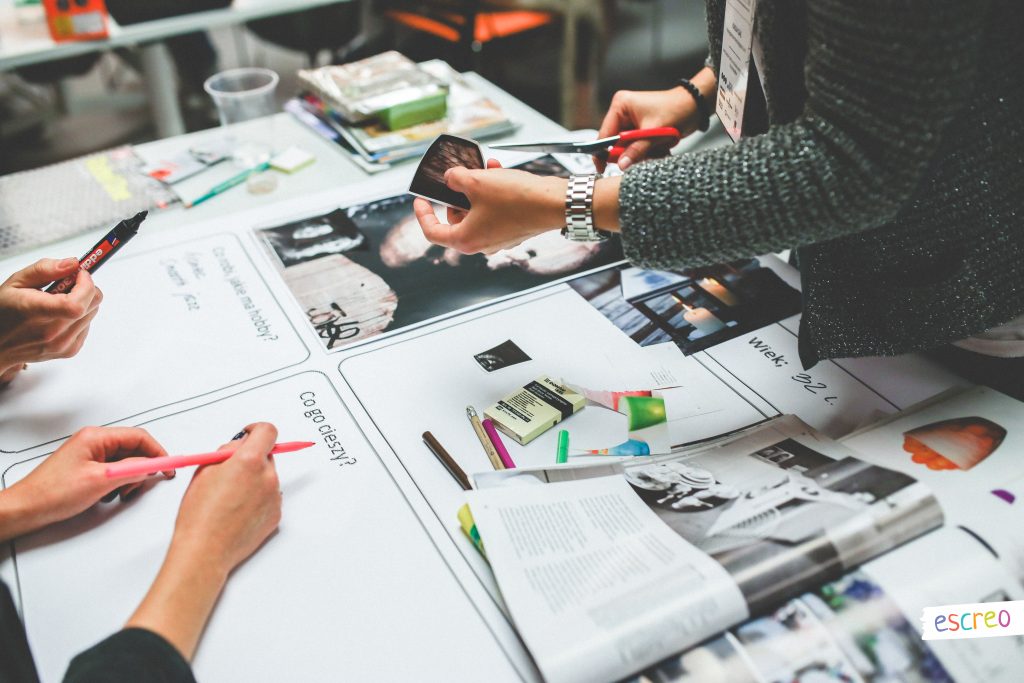 Designers in their natural habitat

Designers require patience, comprehension and above all else – freedom for their creativity. So with enough patience and understanding, you’ll witness the marvelous, unlimited boundaries of their work and imagination.

Creativity is an important part of every business. At least that’s what Nora from OLX taught us.