7 destinations to visit for their architecture The moment is finally here. Summer is here and it’s time to clean those suitcases from all the dust. The world provides many temptations to quench your thirst for adventure and beauty with. Today we will recommend seven destinations that will surely win you over with stunning architecture and urban planning. Plan a longer vacation – you can’t appreciate such cities in a day, not in their fullest. Welcome to the eponymous capital of the country, famous for its football, carnivals and Amazon jungles. Like most cities in South America, Brasilia bears the footprints of many artists. Take the Cathedral created by influential architect Oscar Niemeyer and its unique breathtaking interior for example. Futuristic design and visionary modernism have played a leading role in getting Brazil to take the title of capital from Rio de Janeiro in 1960.

Brazil can safely serve as a town planning textbook for every architect. It’s also the only city built in the twentieth century and included in the UNESCO World Heritage List. As you stroll among the smooth lines of the Republican Cultural Complex and the glass magnificence of Palacio de Alvorada, you won’t believe that just five years before their appearance this place was nothing but a desert. 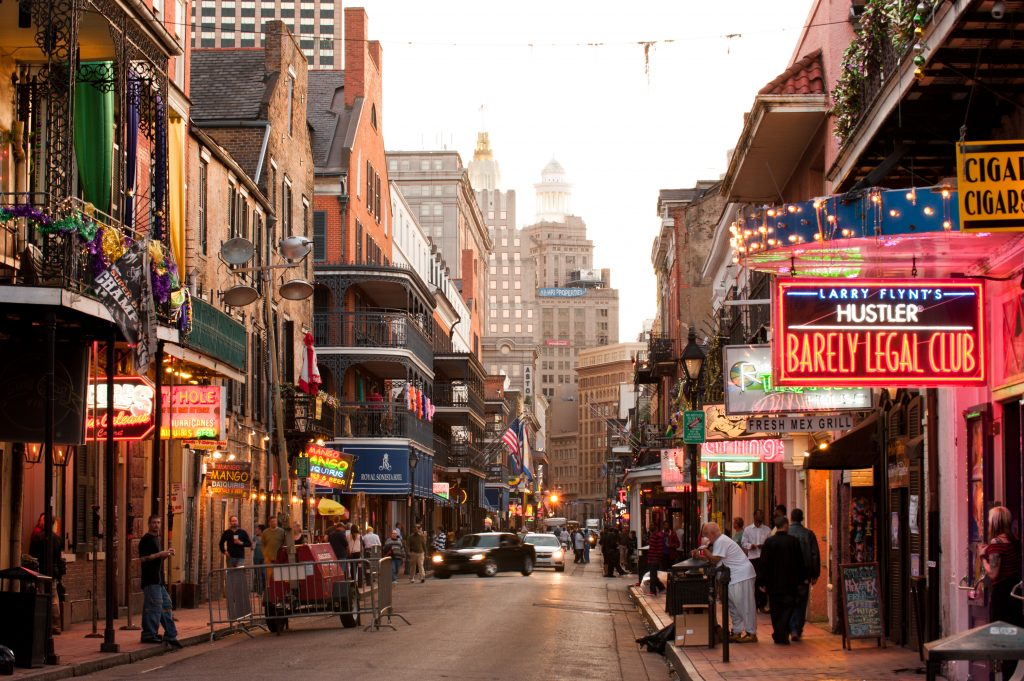 We now travel north, following the sounds of jazz and the rhythm of one of the most unique cultures you can find not only in the United States but in the whole Western Hemisphere. New Orleans is one of the oldest American cities founded in 1718 and has become a crossroads of French, Creole, African-American, Caribbean, Irish and Haitian currents. You can assume that such an energy and atmosphere implies the emergence of a highly varied and visually lush architecture.

It is obligatory to mention the oldest and most visited part of the city – the French Quarter. The buildings here have classic French flashes, easily recognizable in wrought iron balconies, richly ornate facades and warm colors. There is a remarkable mix of colonial and Victorian architecture that continues to the Garden Quarter and St. Charles Avenue, surrounded by the nineteenth-century villas’ rich villas.

Alas, the unsustainable soils, characteristic of the Mississippi downstream, prohibit the construction of tall buildings by the 1960s. This, however, does not prevent the city from demonstrating a naturally balanced combination of Creole architecture, fine restaurants, historic cemeteries and high-tech centers (as we have seen in our Green and Energy-Efficient Building Materials). One of our favorite destinations, guaranteeing an inimitable experience.

A skyline that doesn’t need describing

The windy city is not only indicative of American architecture but has also played a key role in shaping and developing it through the ages. The buildings impress with originality rather than historic value, as the main culprit for this is the Great Fire of 1871. Today, Chicago is best known for its skyscrapers, thanks to which it is home to the tallest building by 2014 in USA.

In 2016, the foundations of some of the most far-reaching projects in the history of the city were laid. Their total value is over 1 billion dollars. The most impressive (and most expensive) is definitely the One Bennett Park skyscraper. The magnificence of concrete and glass impresses not only with the façade but also with the cost of its apartments – from $ 2 million upwards. But this is the future. The past may also surprise us with magnificent buildings such as Lincoln Park Pavilion, Chicago Cultural Center, Carson Building, Pirie, Scott & Co., Marina City skyscraper and The Rookery (the latter being the work of the famous Frank Lloyd Wright). 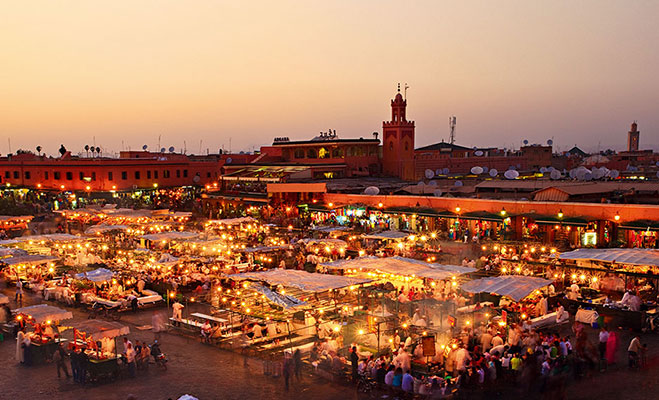 … and then the market bloomed in a sea of light

Imagine an Arab market – the way you expect to see it in a story of “Thousand and One Night.” Whatever you imagine, you’ll almost certainly find it in Marrakech. The red city has become a commercial hub since its emergence in the 11th century and quickly attracts goods and travelers from all over the world. Today, Marrakech is home to many gardens, markets, mosques and palaces that captivate the view with magnificent beauty, vivid colors and oriental charm.

Like the trade that gave it to life, Marrakech is in a state of constant change. In recent years, the city has been working hard on upgrading and acquiring a more luxurious and modern image. East and West interweave to donate to beautiful buildings such as La Maison Arabe and La Mamounia, Menara Airport and Le Tobsil Restaurant. If you still prefer something more authentic, then the Almoravid Cube Dome, the Ben Youssef Mosque and the Jemaa el-Fnaa Square are your places.

Art in every curve

Few are the European cities that can compete with the cradle of the Renaissance beauty. Florence is a place to lose yourself with pleasure and never want to be found again. The grandiose palaces, the winding streets and the inimitable Italian charm bathed by the slopes of the Mediterranean sun make this city a stolen piece of the past.

Since Florence is home to both art and history, you can be sure that each building has its own history. There is nothing that is not worth seeing, but here we will try to limit ourselves to the most basic and obligatory. The cathedral is an architectural masterpiece, built for 140 years and demonstrates one of the greatest engineering achievements of Filipo Buneleneski. The Basilicas of San Lorenzo and Santa Maria Novella are magnificent representatives of the Late Middle Ages and the Renaissance respectively. A Palazzo Vecchio is one of the most prestigious town halls you can see in Italy. 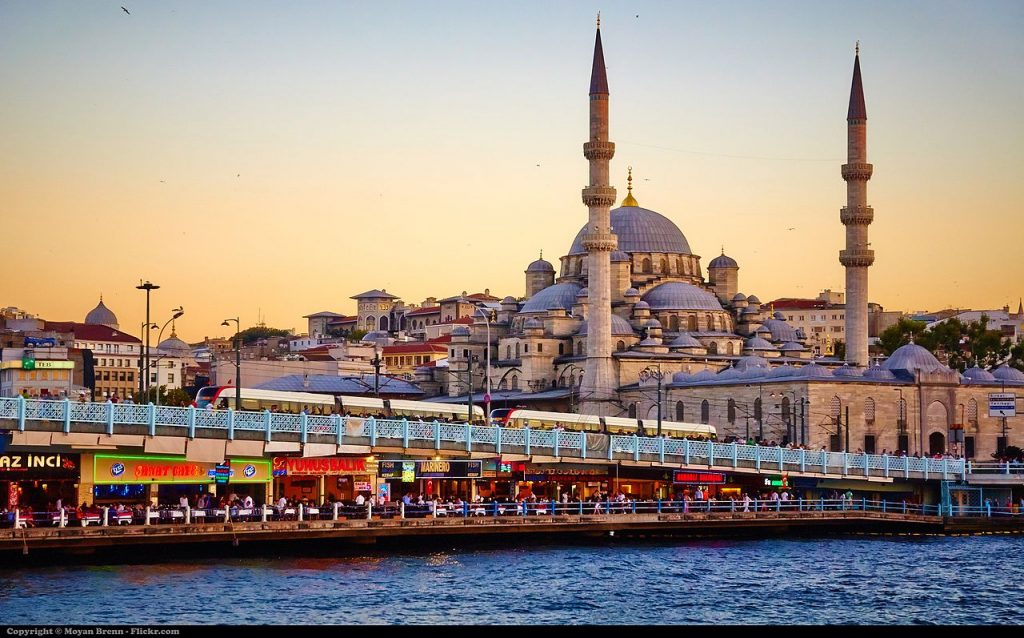 Sunset over the Bosphorus

We arrive in Istanbul – the place where the East meets the West. There are layers of centuries protruding from our feet, pulsating in the rhythm of one of the most dynamically evolving Eurasian cities. Lonely Planet defines its landscape as one of the most beautiful in the world. The local hospitality and warm smiles can hardly leave you indifferent.

Istanbul has all the charm and diversity of a city that has spent several empires in its life. Nothing embodies this coexistence of culture better than the Hagia Sophia. Over the years he served both as a Christian church and as a mosque. Of course, the classical representatives of Ottoman architecture such as the Topkapi Palace are not missing. Unfortunately, modern skyscrapers cause serious controversy. Some of the buildings were even collapsed under a government order so as not to disturb the traditional urban landscape. Which is perfectly understandable for a city included in the UNESCO World Heritage List. 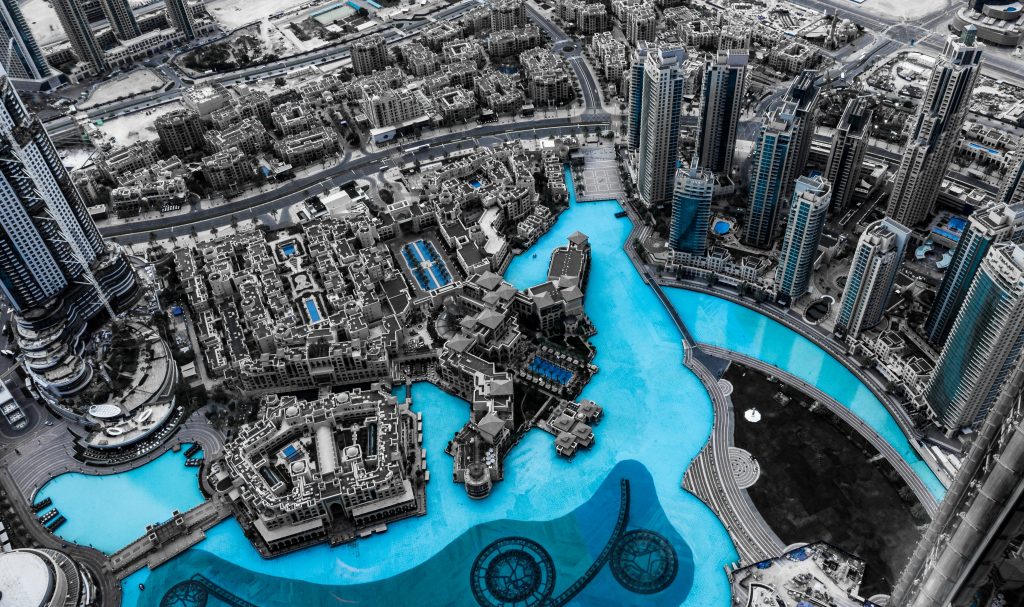 Rest beside a modern oasis

One of the most popular representatives of modern architecture. Oasis of luxury in the middle of the desert, Dubai is home to the tallest building in the world to date – Burj Kalifa (828 m). Another classical representative of this destination is Burj al-Arab and its unique curve, produced by the British Tom Wright. And let’s not forget The World – the artificial archipelago built in the form of a map of the world.

The city owes its present architectural glory to the many monumental hotels that dotted its coastline. Mandatory mines along Jumeirah Beach Hotel, Raffles Hotel and Atlantis The Palm. A curious destination is also DIFC Gate – a symbol of the Dubai welfare and grandeur.

Do you find buildings inspired by minimalism in some of these places? Why don’t you visit them and tell us.